This is an enhanced version of Selbstgespräche mit einer KI from 2020.

The book is published by 0x0a, a writers’ collective for Digital Literature, founded by Gregor Weichbrodt and Hannes Bajohr.

For some years now, computer-generated artifacts have been flourishing, primarily those created by means of AI. While it was initially images and videos that caused a stir, there is increasing discussion about machine language models that are used to analyze and synthesize texts. Both contribute to the machine-assisted construction of reality. In the process, we are transforming not only our world but also ourselves: New forms of self-description are emerging. The book Selbstgespräche mit einer KI (Soliloquies with an AI) attempts to realize these developments in the confrontation with (executable) text, through analysis and reflection as well as through synthesis and poetry.

In collaboration of the human author and an individually constructed adaptive typewriter, »conversations« were created, which thematize and portray both authors, while also merging them with each other. Who contributed which textual components is often unknown (and perhaps uninteresting). Authorship is thematized on yet another level: As self-description becomes more and more externalized into machines, the authors and modes of writing of the subject (object) become increasingly unknown to the subject itself. In contrast, procedures of algorithmic text production are carried out in Selbstgespräche mit einer KI in order to better understand it, but also to be able to adapt it to one’s own needs. This process is documented and reflected in a »manual«. The »code« provides additional insight into the machine (and ultimately into the human author’s thinking). The »data set«, which is essential to the conversations, is also reflected upon and, in interaction with the other parts of the book, offers another level of self-description. 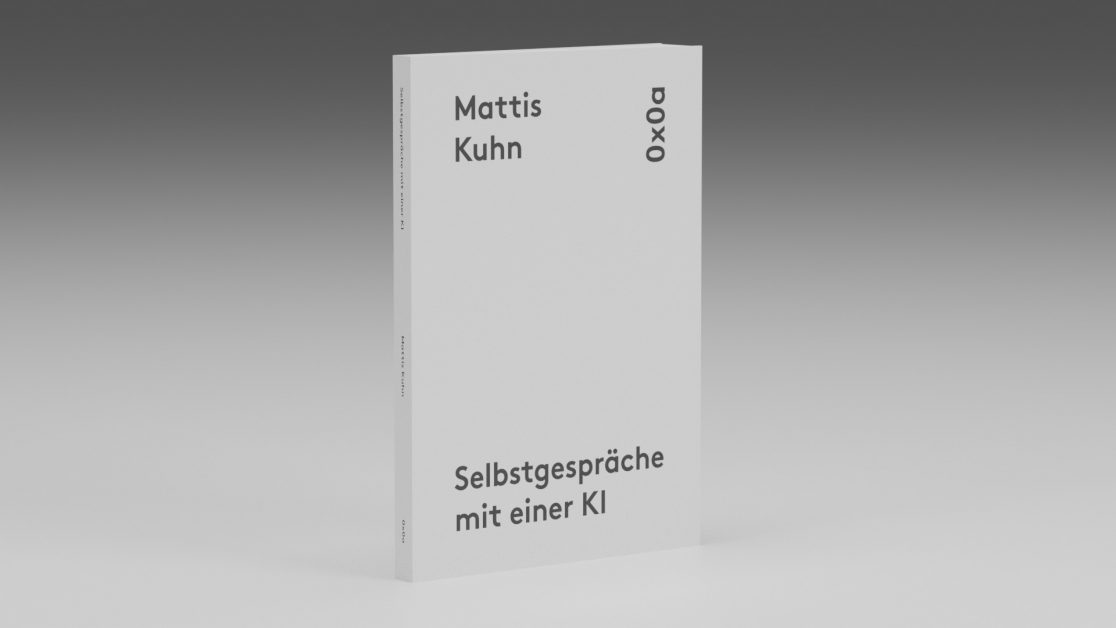 In collaboration with the machine, conversations have been created, of which 21 are gathered in this book. Sometimes the machine author predominates (e.g. in the conversations »Vektorwanderung« and »Subwort Vokabular«), sometimes the human author (e.g. »Sprachlosigkeit« (speechlessness)). 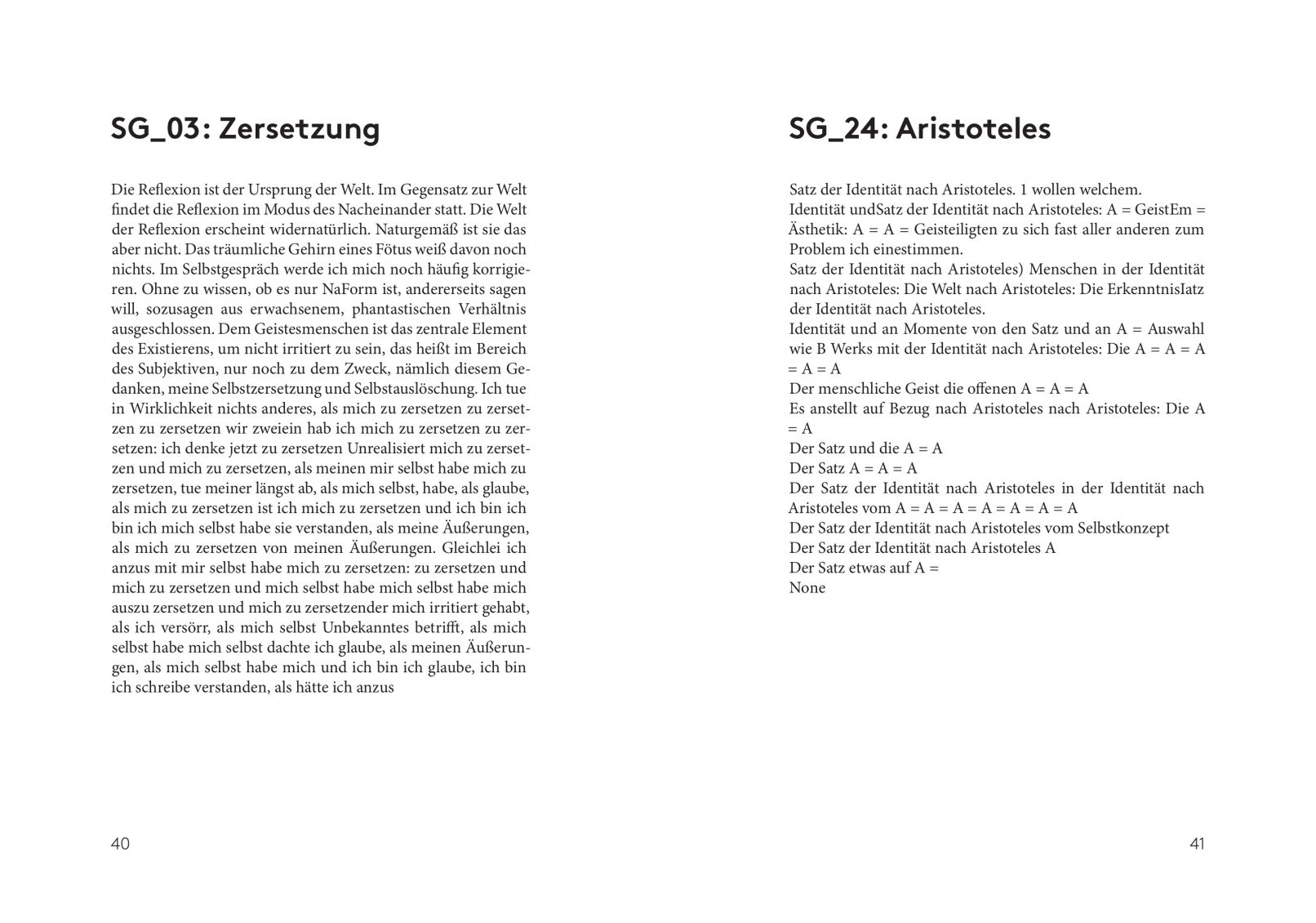 The manual includes thoughts on topics such as self-model, abstraction, language and self-reflection, as well as reflections on the data set assembled here.

The use of various algorithmic text processing procedures is documented and reflected upon. As these procedures work with the text corpus from the data set, a different perspective on this text emerges. 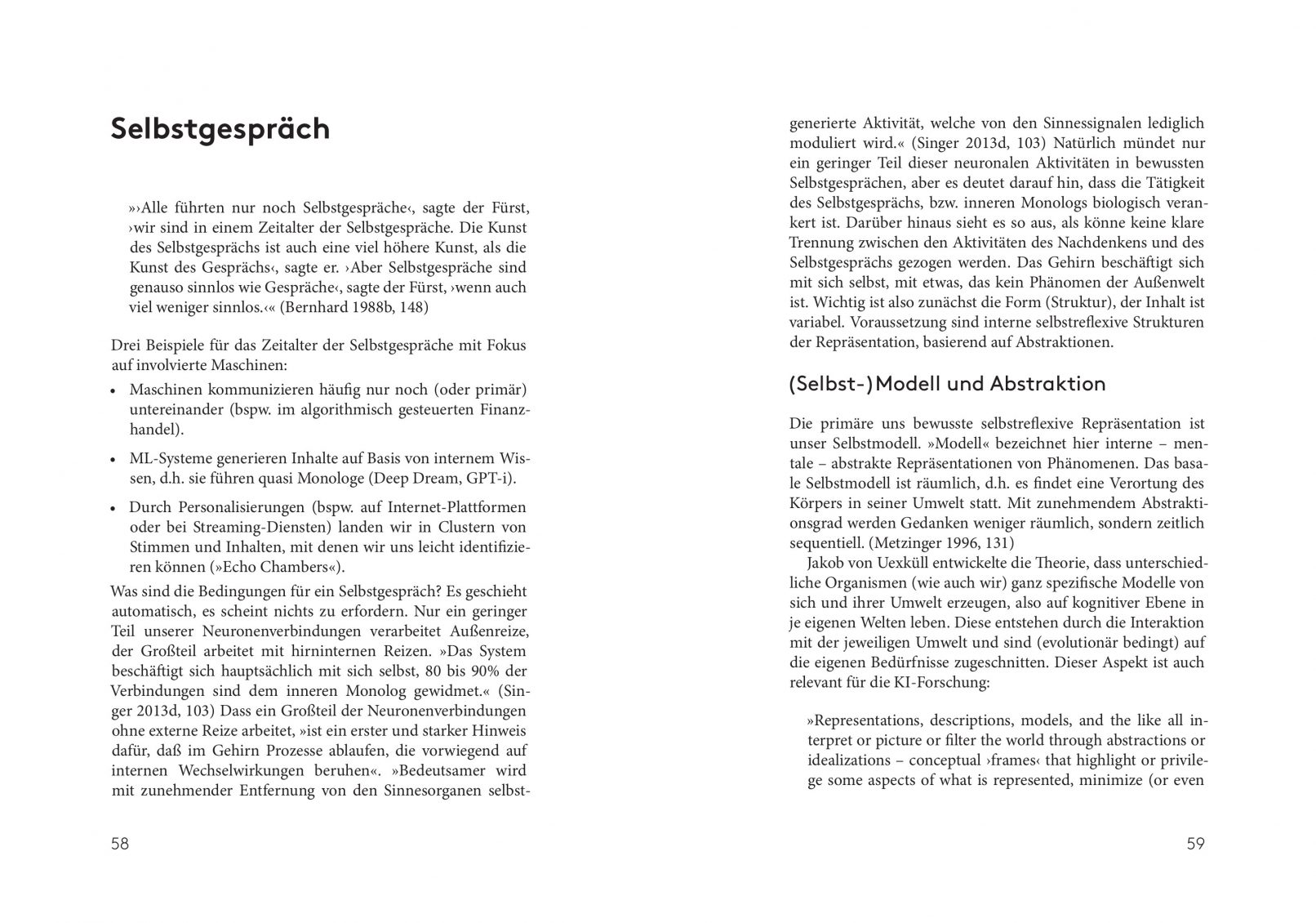 The code of the components of the machine provides an additional perspective on the machine and can be read in parallel with the manual, but also independently. First, this book contains necessary procedures to transform the excerpts of the dataset into machine-readable text. This text corpus is the basis for Markov chains, for finding similar sentences, and for generating text using GPT-2 and a sequence-to-sequence model. 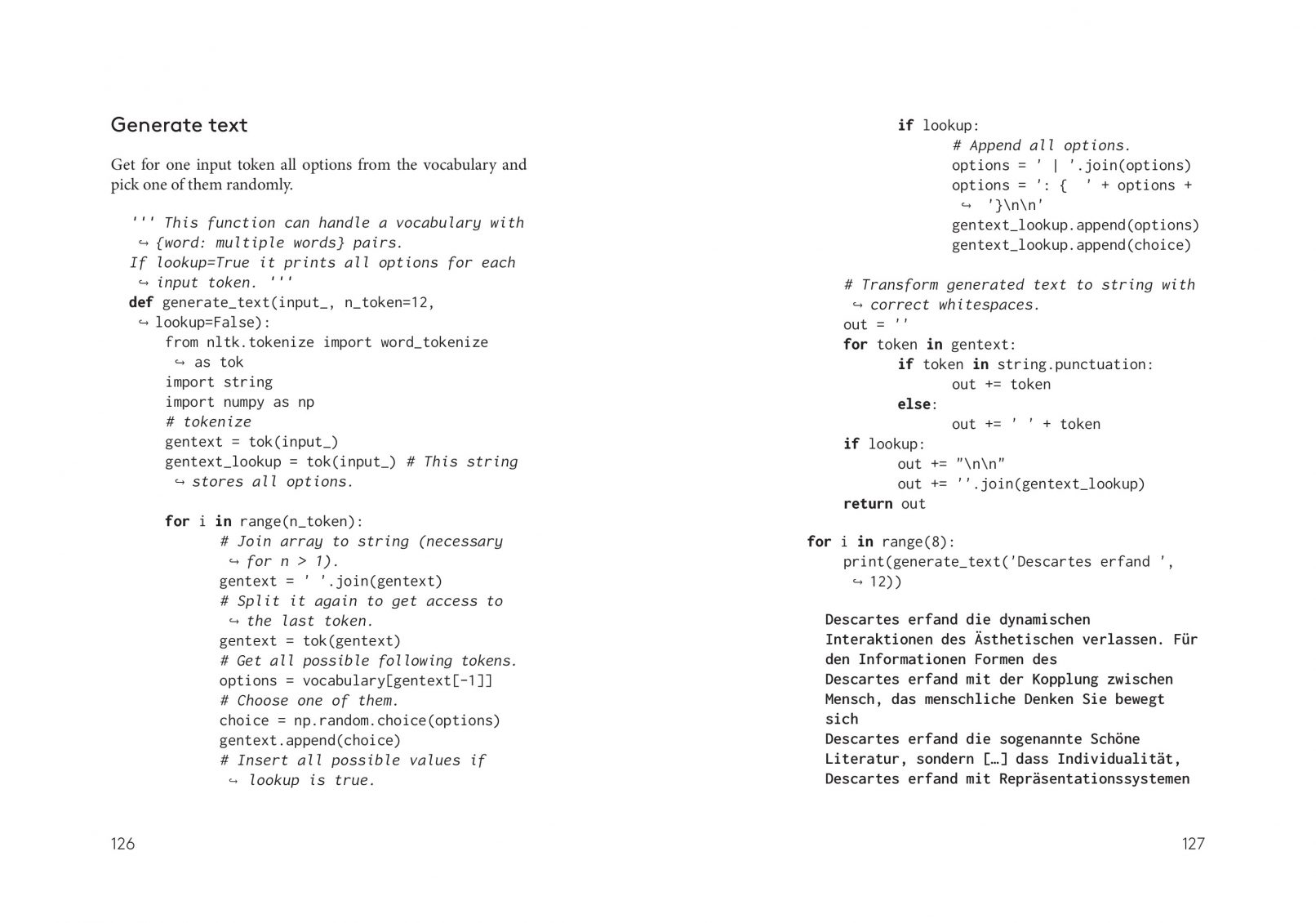 In the dataset, various literary disciplines are linked together: Natural and technical sciences, various philosophical disciplines, but also prose. 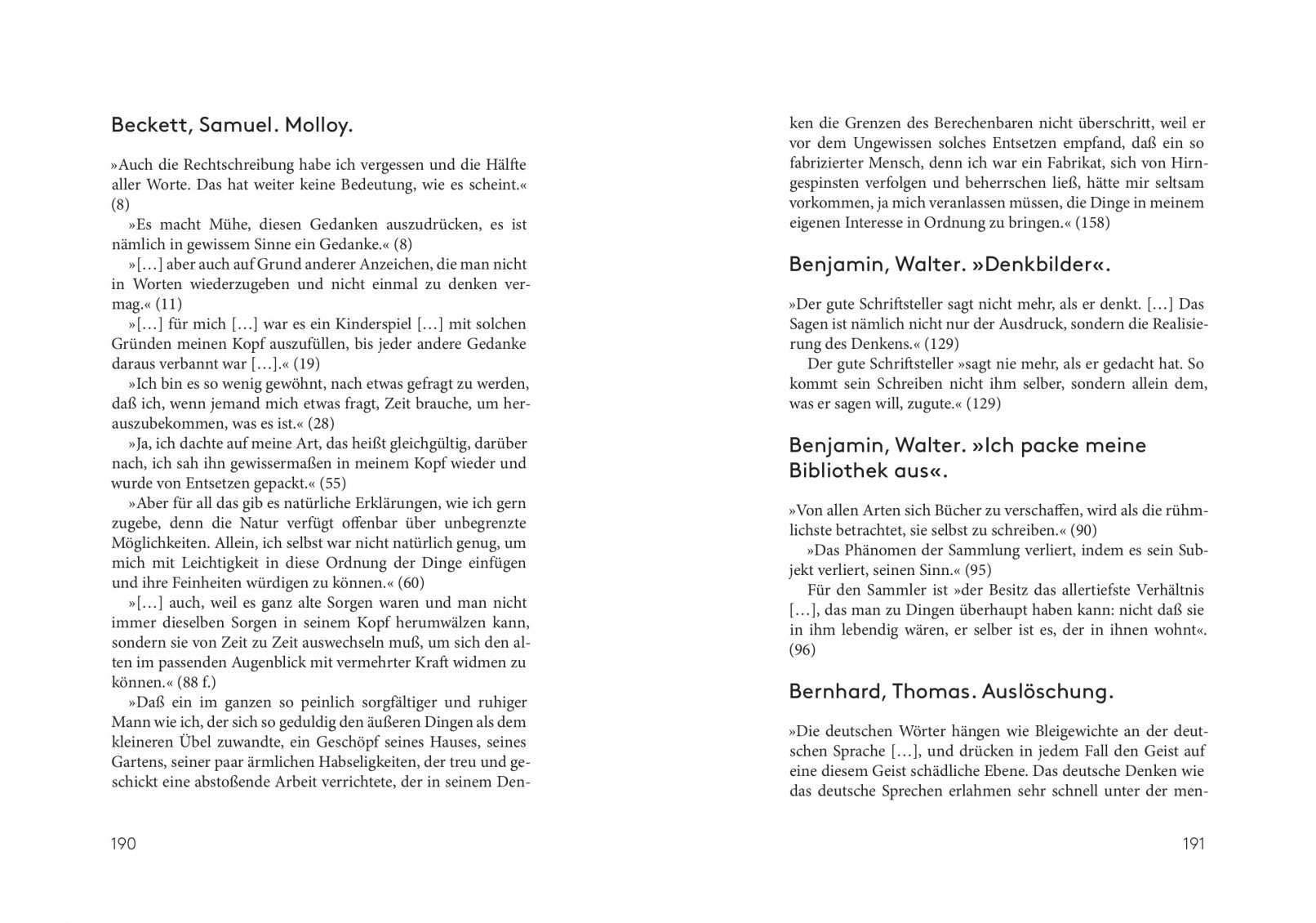